Prague & his family need your help

The last thing I ever thought i would be doing is setting up a GoFundMe account but here i am... some of you may already know me, but those of you who don't, my name is Gina. My boyfriend Josh and I own the dogs that you see on our Instagram and Facebook pages @XXLDESIGNERPITBULLS

In May of 2017 we purchased a 36 acre farm in Coventry, Rhode Island so we could build our dream setup for our dogs. It was the perfect location, surrounded by farm land and forest and near no dwellings. In order to posess more than 3 dogs on your property you must have a kennel license, which is fine because we intended on getting one anyway. The property is zoned for it and there are other kennels in the surrounding areas on much less land than us, so we figured it would be something simple. I should mention that in order to apply for a kennel license, you must be a tax payer in the town of Coventry, so we had to purchase the farm before we could even apply for the kennel license . IMO the system is flawed but i move on..

In June we began to build the dogs new "house", a 120' x 50' fully insulated and sound proofed structure with heated floors, drains, a RIDEM approved commercial septic system, anti-microbial ceilings and walls and epoxy floors. There is about 1.5 acres of black chain link fenced yard exclusively for the dogs.

We had a meeting with the Planning Board and they gave us a positive recommendation to move forward into the next stage, which would be to go in front of the Zoning Board with our proposed kennel plan. Great, we were off to a good start. thats what i thought until my lawyer gets an email from Coventry planning board with a NEGATIVE reccomendation. well thats strange, we were at the meeting when they gave their decision, and i remembered all the planning and zoning board meetings were taped. I hopped on YouTube and searched the meeting. I found the date i was looking for, but oddly the recording was started AFTER our case was heard and there was no video of us even being at that meeting. My lawyer went back and forth with the town and they finally admitted they did indeed give a positive reccomendation. we knew from this point forward we were in for a ride, and it wasn't going to be a good one.

The Zoning Board meetings turned out to be a witch hunt, what was supposed to be a discussion about land use turned into a breed bashing. With board members pulling up pictures of my dogs off the internet and saying they didnt like how they look, saying that they were scary, and that if it was any other breed they would be ok with it but not my dogs. (I want to add that the state of Rhode Island has no BSL so the breed of dog i raise and own should be irrelevant) The meeting was a shit show, plain and simple. (if you want to see some clips from the meetings that show just how bad it actually got, they were posted on our IG and FB around the beginning of Nov 2017) The zoning board rejected our kennel license application and we appealed so the case could go on to Superior Court. After the meeting we stepped out into the hallway to speak with our attorney. The animal control officer approached us. I expressed how it was in our dogs best interest for them to stay at one residence and whatever fines or violations that would bring i have no problem discussing. She said, with my lawyer present as a witness, " We won't violate you as long as you are perusing legal action to obtain a kennel license." it was a super nice gesture and we appreciated it. Its been almost 2 years since that meeting and we are still persuing legal action, except earlier this week we got notified that Superior Court sided with the towns decision. Its a bummer but we are ready to fight this until the end. We have an option to appeal the Superior Courts decision and take it to Supreme Court, or we have an alternative that I am not able to discuss yet, but it will include more legal action...either way it is going to be a very long and very expensive proccess. we got threatened by animal control that we would now be fined and our dogs would be seized. We were also summoned to appear in court later in the month. in 30 + years we have never had any complaints or incidents with any of our animals including the 2+ years we've been at this new property. We have letters from vets confirming the good health and care of our animals and if you follow us on social media you can see just how much we put into these dogs.

This is a complete nightmare. As a woman who cannot bear her own children these dogs mean the world to me. I dedicate almost every waking hour every day to them and my life revolves around them. It would be devastating and traumatizing if these animals who were raised by me their whole lives were suddenly uprooted from their home and family where they belong. Right now the dogs are safe, but I have no doubt they are trying to sabotage us in every way they can so that always leaves a threat to my animals well being.

We will be pouring everything we have into this fight but i have no doubt we are going to need all the extra help we can get financially. Our goal is to raise $50,000. We have already spent well over that in legal fees up to this point so i have no doubt this proccess going forward will be very costly. All money received from donations will be going toward covering legal expenses or the protection and safety of our dogs ONLY. Any remaining donation amount that was not used by the cause mentioned above will be donated to a bully breed charity or organization. If these dogs or i have ever brought you any value at all i am asking you to please donate, even if only a dollar. If you dont have any extra to donate and still want to help, please share this link and story with as many people as you can. This is going to be an expensive and mentally exhausting legal battle, as it already has been for almost 3 years.

There is a much bigger picture here I hope everyone can see. This isnt just about us or our dogs, its about our breed as a whole, and its constant battle against bullies, the human kind.. We have been contacted by several news outlets, and have been in talks with literary agents and film makers about a book and a documentary describing all the events that transpired since we moved to Coventry, Rhode Island. I explained a small piece above but there is so much more that needs to be exposed, like ommited pieces of testimony from transcripts and privacy violations. What was supposed to be the start of our dream life has been years of hell but i will ride to the end of the earth for these dogs, and i hope you join me on this crusade 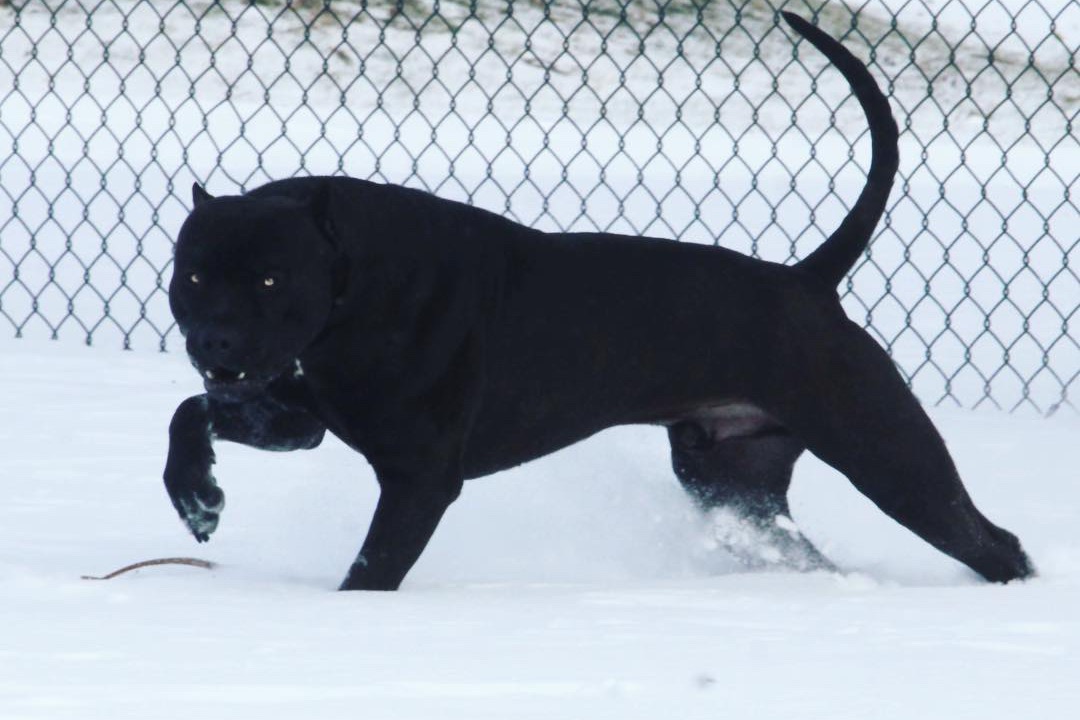 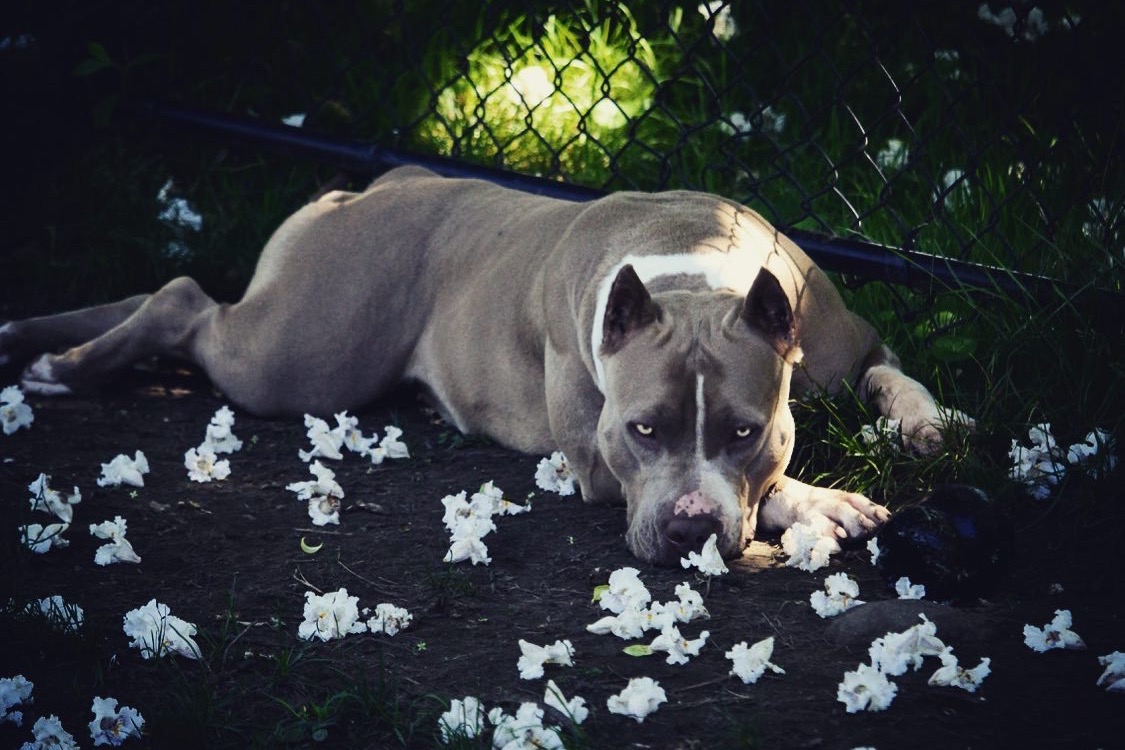 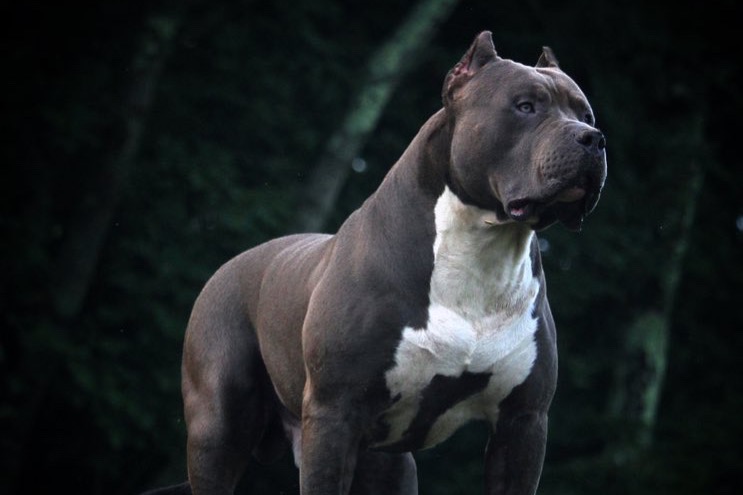 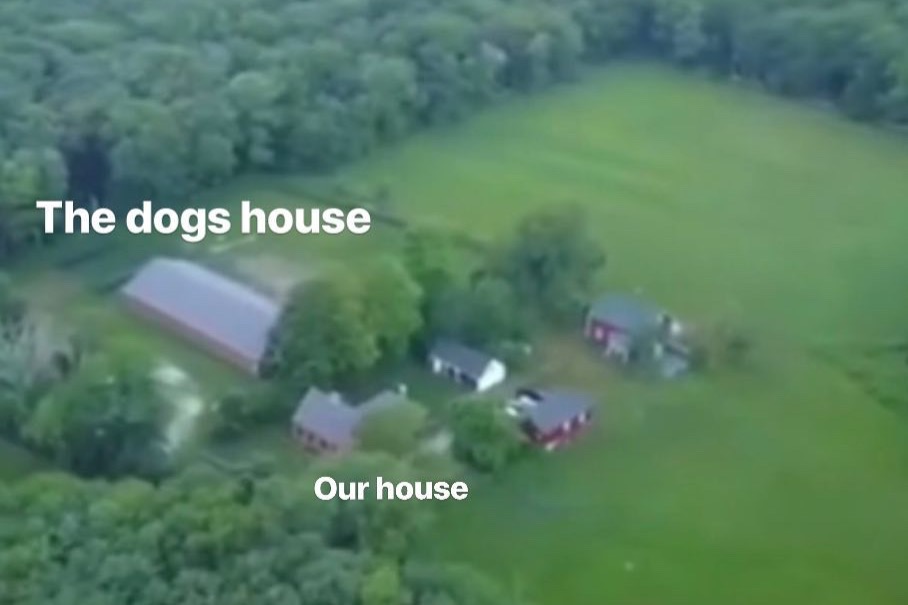 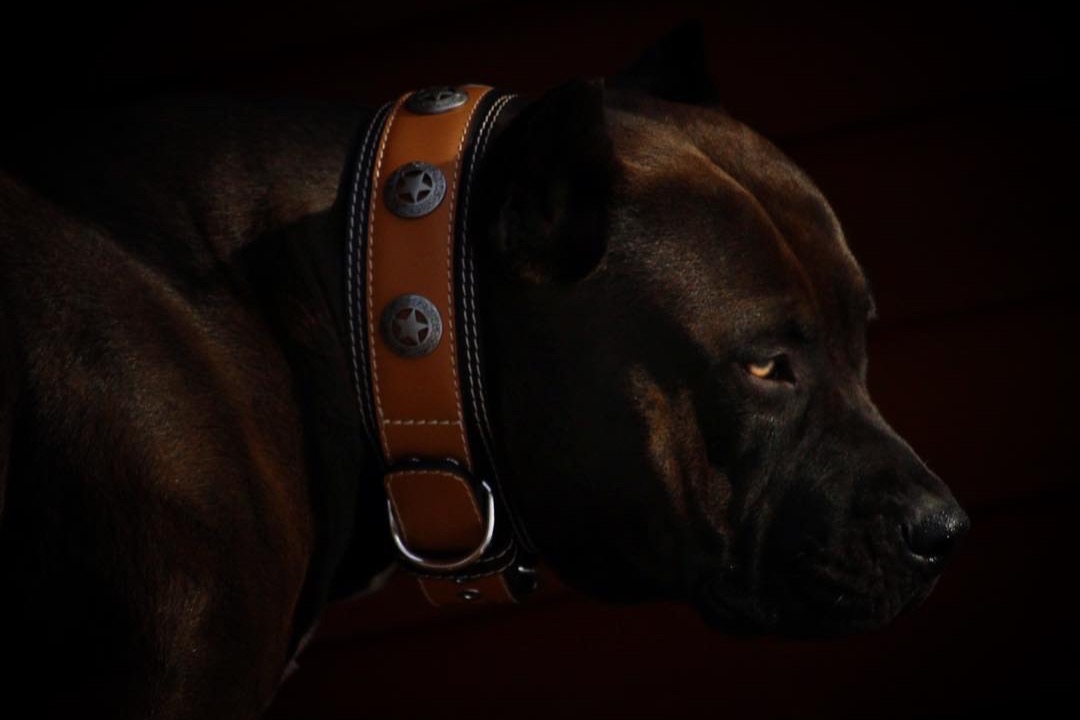 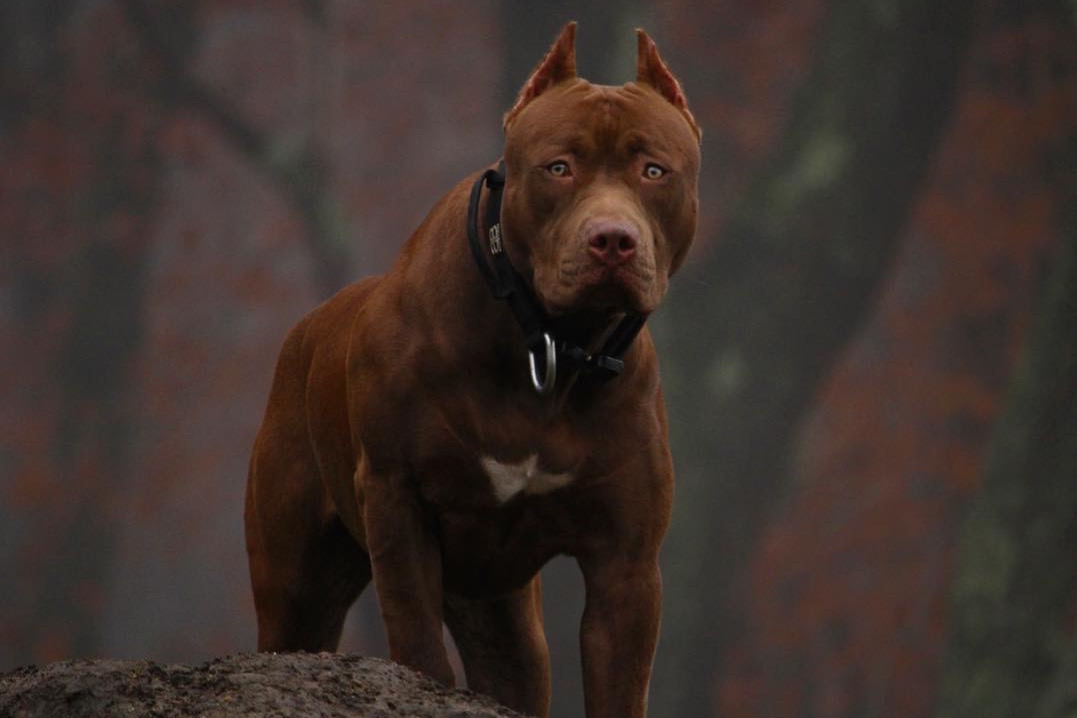 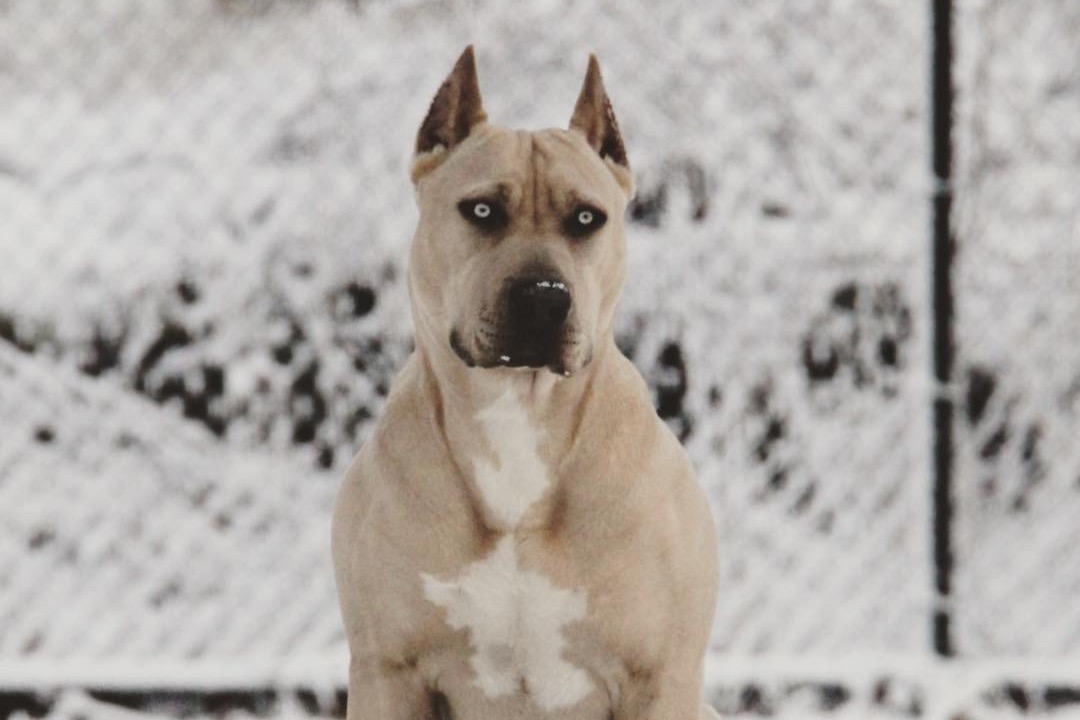 No results have been found

Campaigns selected by our team

For new business model based on ecommerce

I want to start a very new business which is actually less a business more a soc...

SAVING THEIR LIFE IS SAVING THE FUTURE

Action for protecting every child against the crime. "Can you spare any change"Y...

Hi all, my family is in dire need of your help financially coz we are about to b...

Assalamualaikum We wants to save our 1000 poor villagers in covid-19 pendemic.we...